Today, guests from the fields of business, science and politics attended the foundation stone laying ceremony for the "uptownBasel" site in Arlesheim (BL). A competence centre for Industry 4.0 is being built on what is currently the largest construction site in northwestern Switzerland. "uptownBasel" brings leading companies to the economic region of Basel to work in a networked manner. The first leases have been signed. Next year, the first on-site experts will already be racking their brains over the innovations of tomorrow.

The successful implementation of Industry 4.0 is vitally important for Switzerland as a business location. “uptownBasel” continues apace: The smart manufacturing hub in northwestern Switzerland, which will provide around 2,000 jobs, is scheduled to be built by 2025 on the roughly 70,000 m2 Schoren site in Arlesheim BL, currently the largest construction site in the region. The investment of CHF 400 to 500 million is being handled by the family office of the long-standing President of the Basel Chamber of Commerce, Thomas Staehelin.

Laying the foundation stone with the cantonal government

On 7 June 2019, the official foundation stone laying ceremony took place, with the participation of government councillors Sabine Pegoraro and Thomas Weber, National Councillor Elisabeth Schneider-Schneiter and around 100 invited guests. Thomas Staehelin, investor and Chairman of the Board of uptown Basel AG, on his vision: “We want to stimulate innovation processes and thus carefully manage the development of our site. We see ourselves as a source of inspiration and are creating space for companies that want to jointly shape the industry of the future.” The development and enhancement of the site is a great opportunity for the canton of Basel-Landschaft, says Government Councillor Thomas Weber: “The competence centre for Industry 4.0 represents a quantum leap for the development of Basel-based industry. ‘uptownBasel’ is the place where the future of modern industrial manufacturing begins.” “A further chapter is being written in industrial history,” summarises National Councillor Elisabeth Schneider-Schneiter.

The Schoren site, where the energy company Alioth once built locomotives for the Swiss federal railways, has several advantages. It is the ideal location for the future project, being well developed and in the immediate vicinity of the regional research centres. The competence centre will comprise seven production halls and 35,000 m2 of office space. New halls will be built by 2025 and existing buildings will be converted.

The modern buildings are geared to the high demands of industrial, digital production. Aspects that are closely associated with this include the Internet of Things, cyber security, electromobility, new battery technology, virtual reality, robot technology and 3D printing. “uptownBasel” is to become a flagship project for the issue of sustainability, among other things for its integrated use of waste heat from the planned data centres and a modern wood chip facility that uses waste wood to supply the entire site with energy.

Corporations Axians and Bouygues have signed

The project will create space for 2,000 jobs and 50 innovative IT and IoT companies. Hans-Jörg Fankhauser, architect and site developer of “uptownBasel”, puts it in a nutshell: “The campus is geared towards technology companies that wish to work in a networked manner. ‘uptownBasel’ will have a gateway function, the goal being for it to become a hub for industrial cooperation networks.”

The first leases have already been signed. Two major European technology companies, Axians and Bouygues, will shape the first “uptownBasel” building, optimally complementing each other in the process. Both of these large-scale enterprises are globally networked and are key drivers of energy transition and digital and industrial transformation. “We look forward to ‘uptownBasel’ and are convinced that this new competence centre for Industry 4.0 will play a leading role far beyond the region,” says Thomas Ernst, Member of the Board of Directors of Vinci Energies Switzerland AG.

70 percent of the first building let

Construction started on the first large building on the “uptownBasel” site, called “The Pioneer”, in March 2019. The five-storey building comprises three column-free halls spanned by steel girders. Modern workspaces will be created in 9,000 m2 of office space above the production halls for approximately 600 technology specialists. The first building, with a total usable area of 25,000 m2, will be ready by the end of 2020. 70 percent of the space has already been let.

Film of 7 June on laying the uptownBasel foundation stone

Photos for this media folder 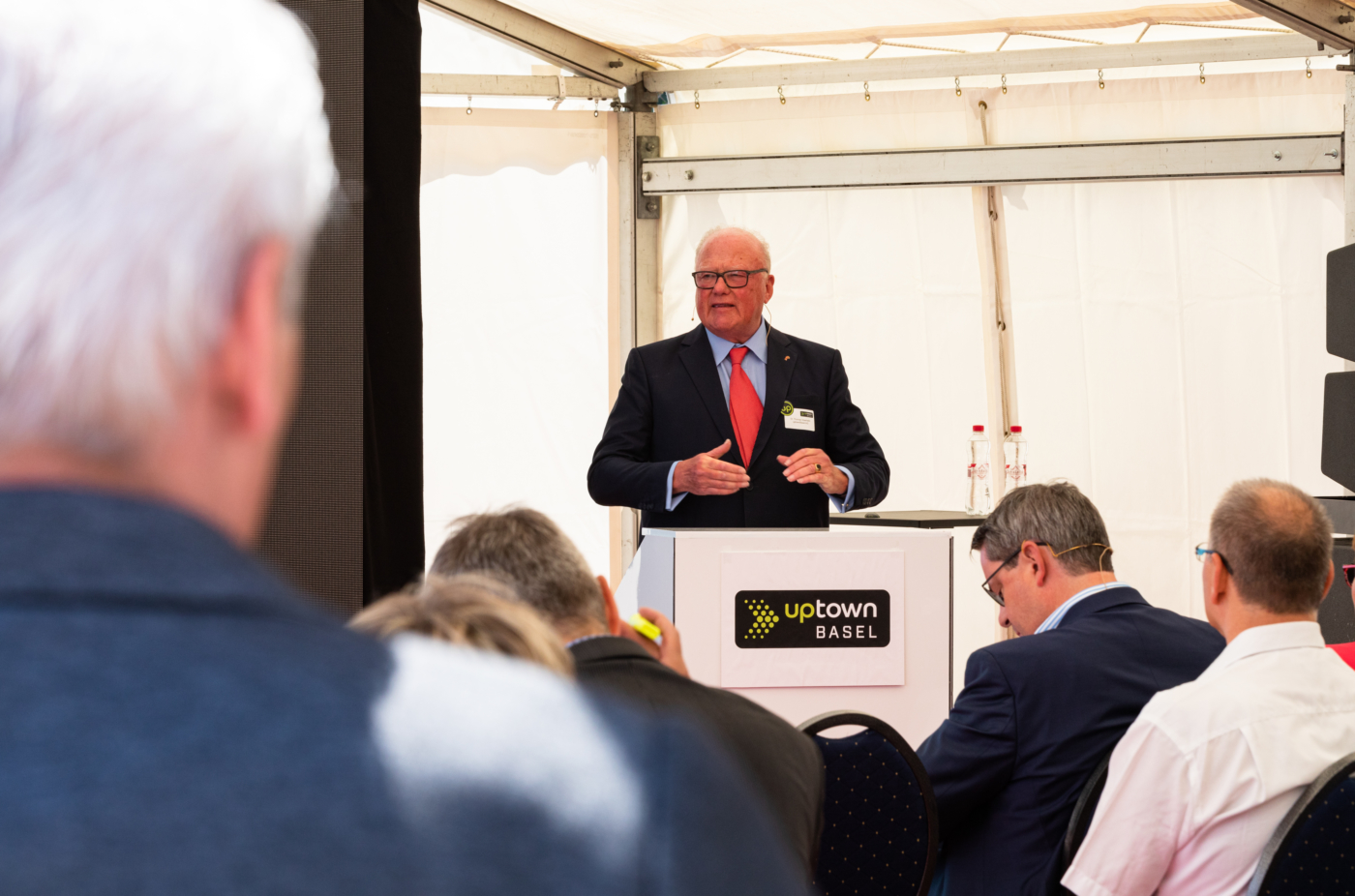 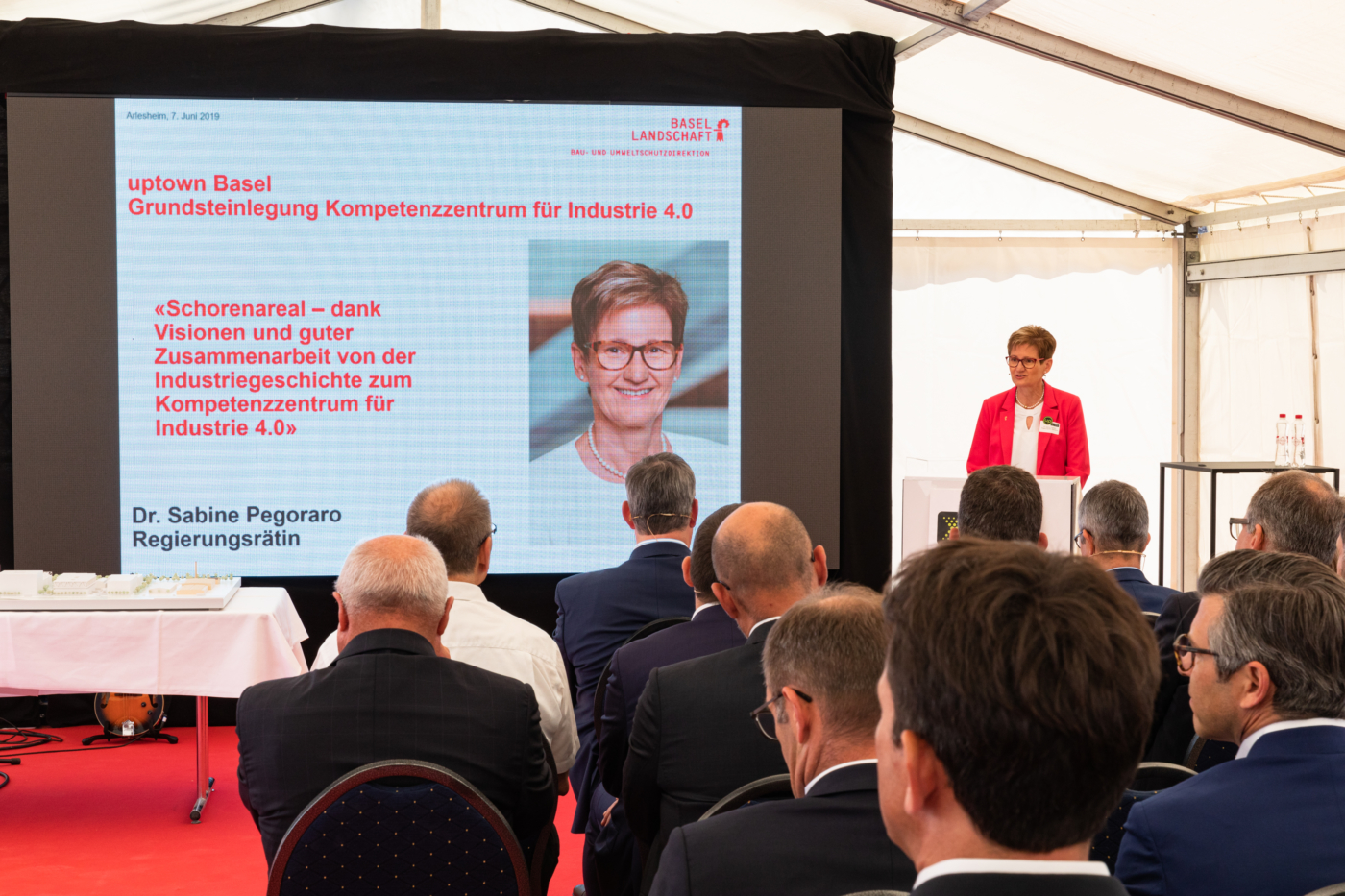 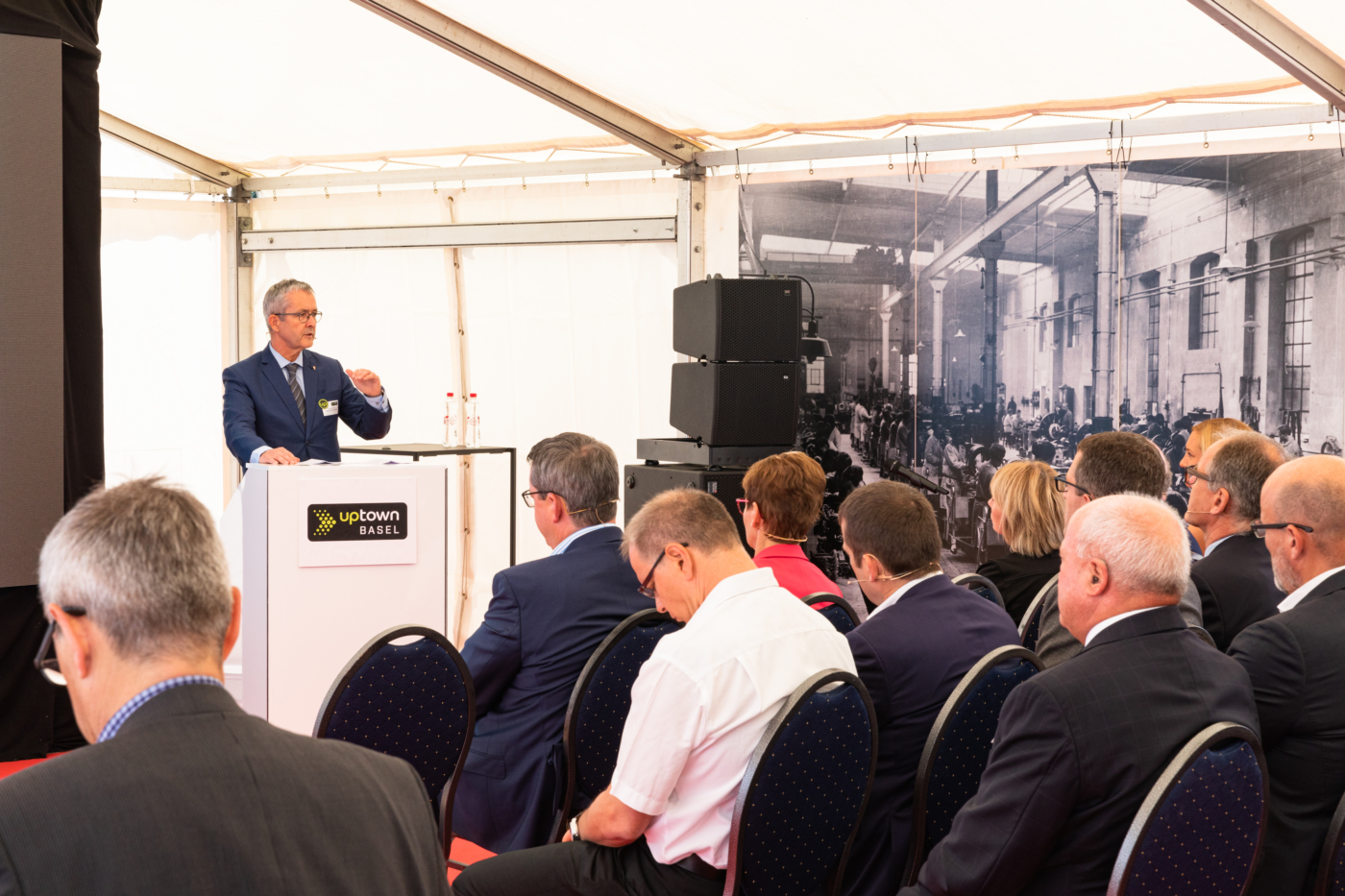 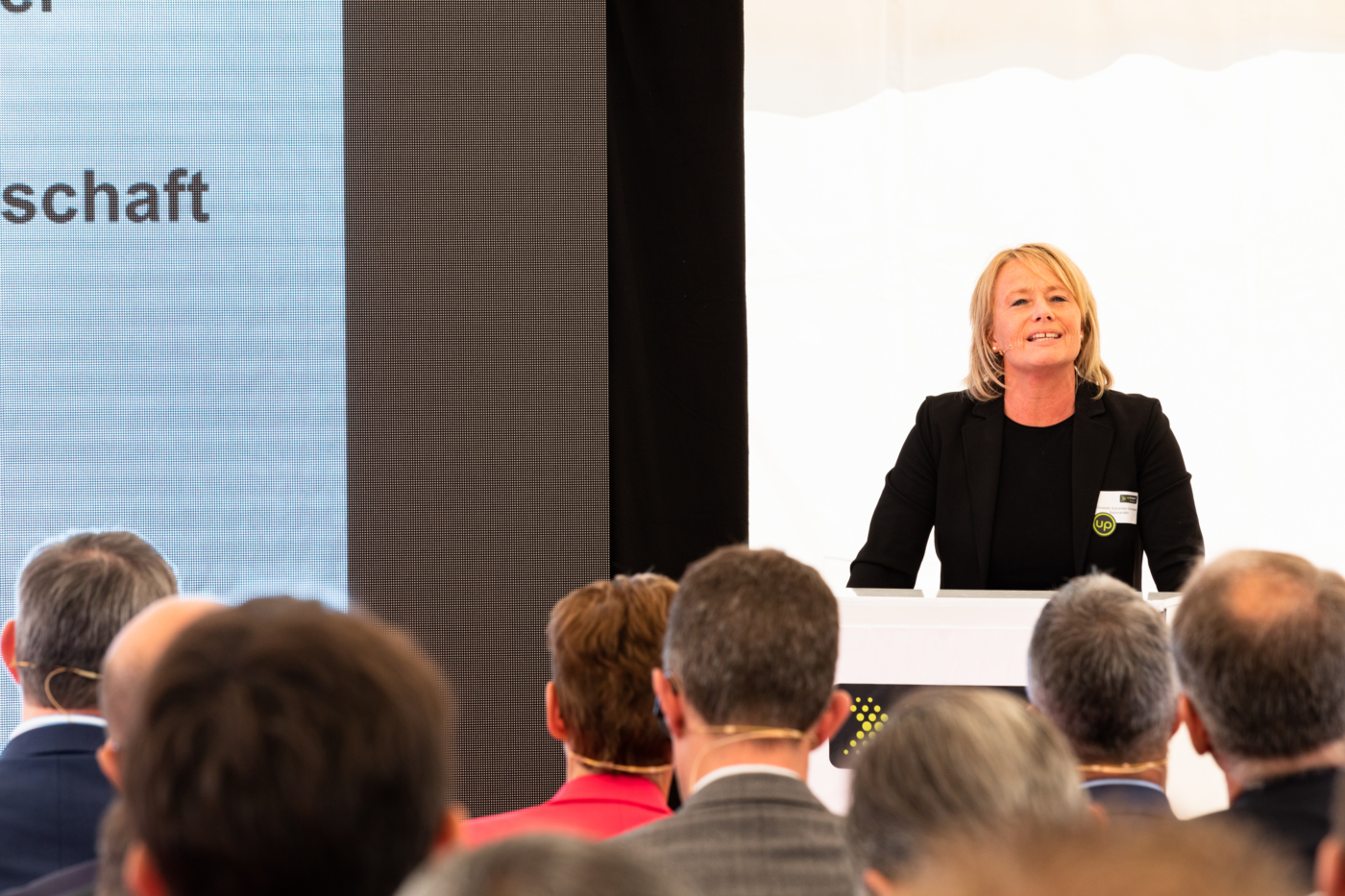 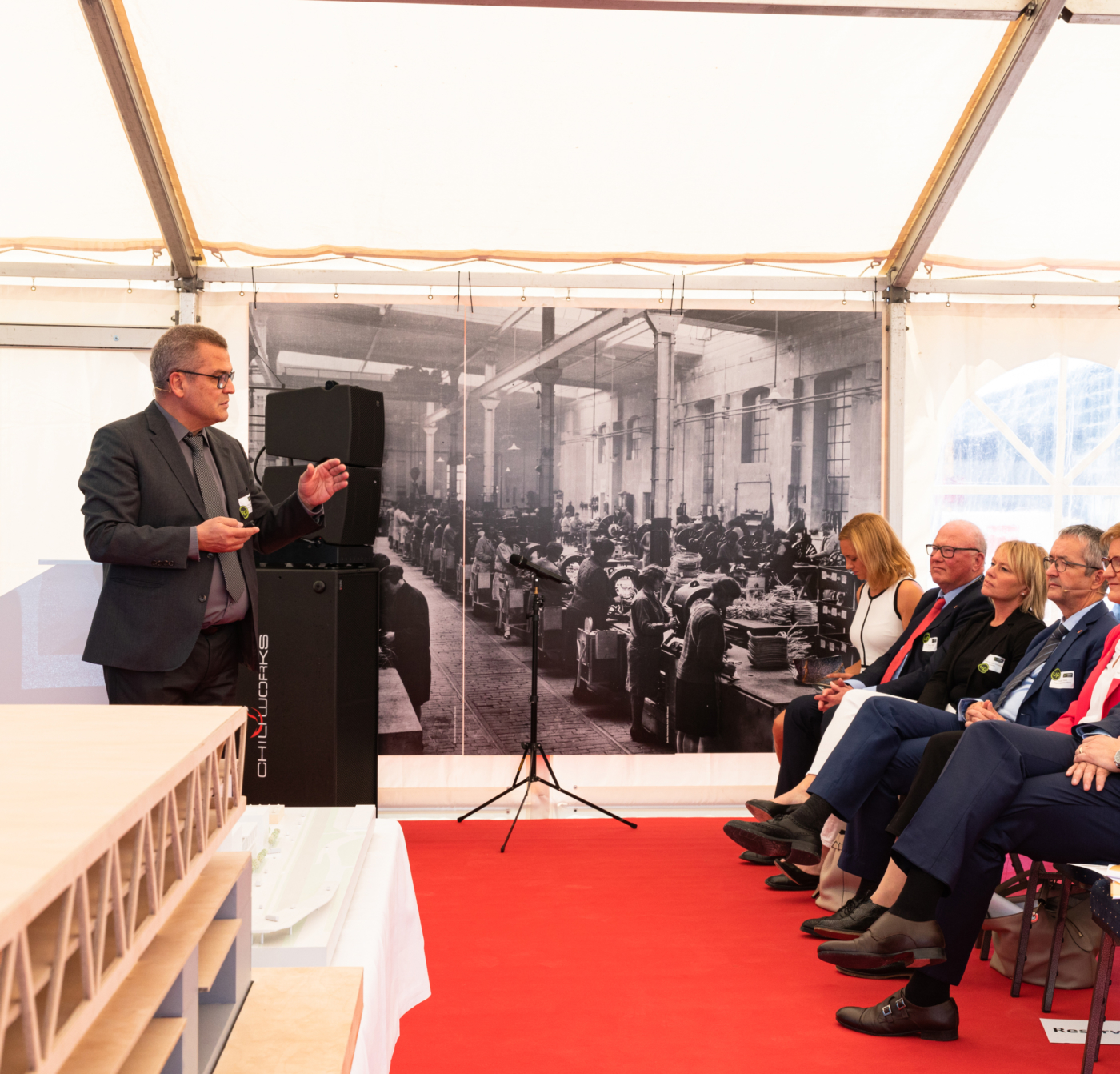 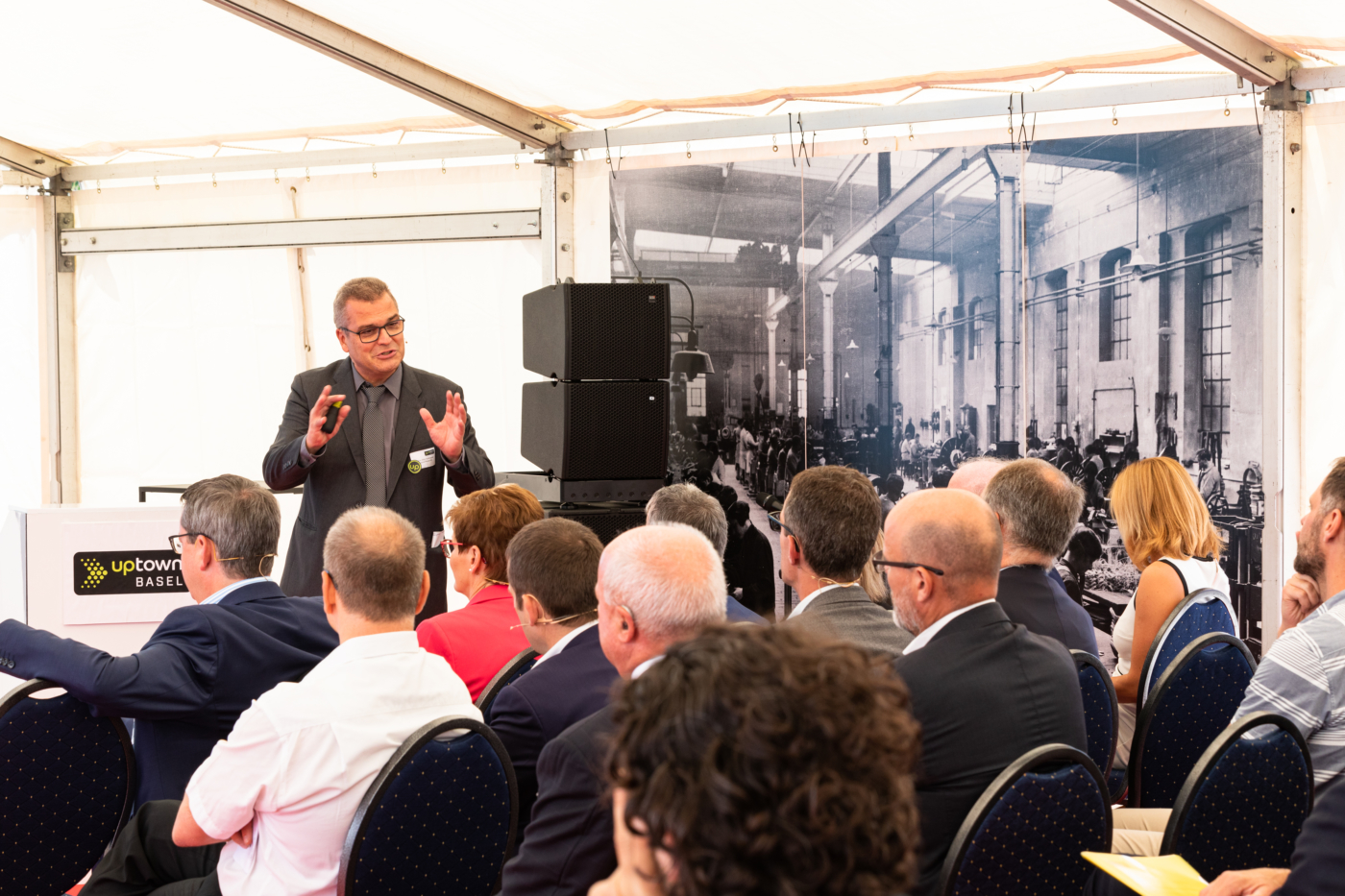 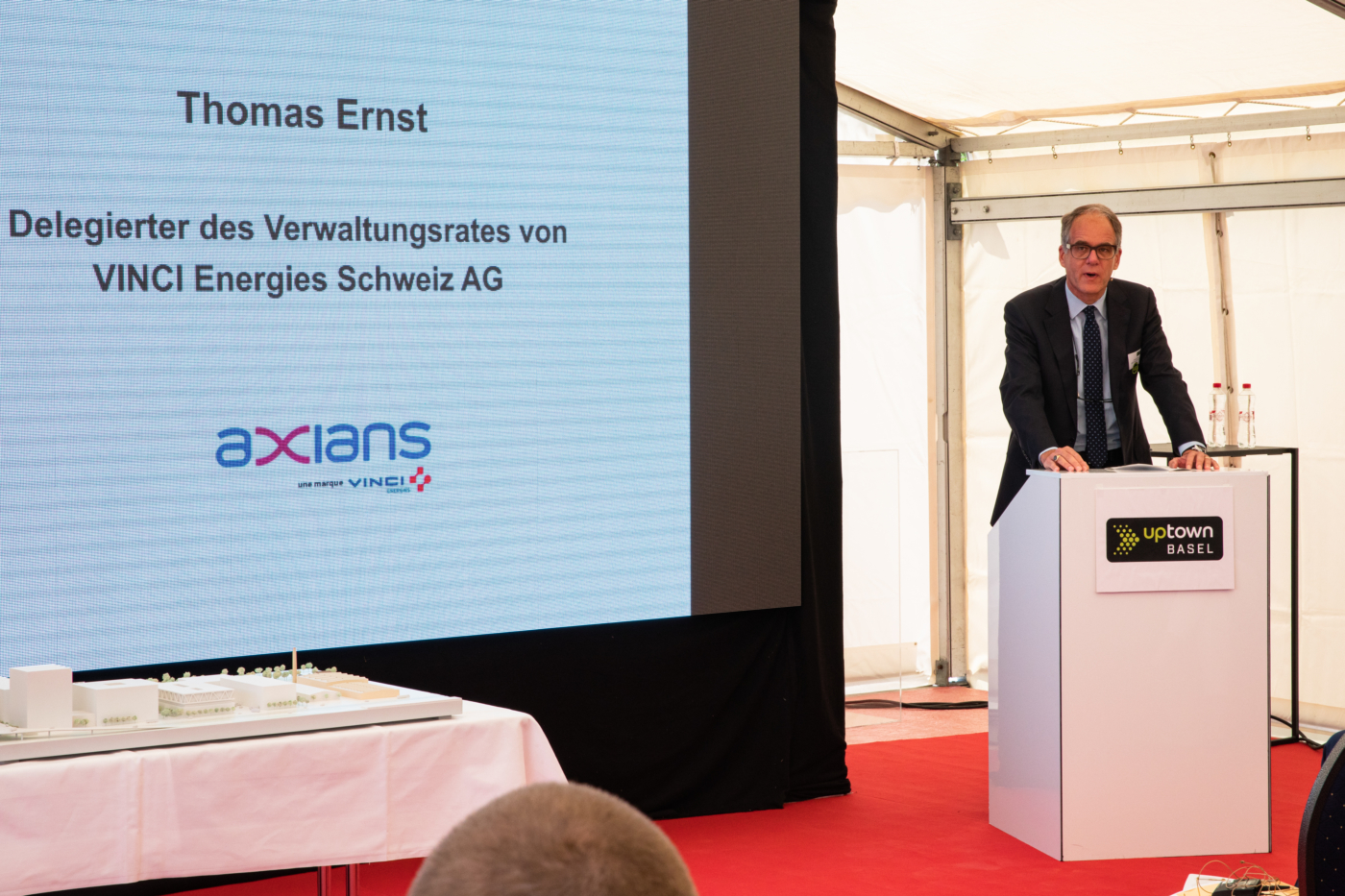 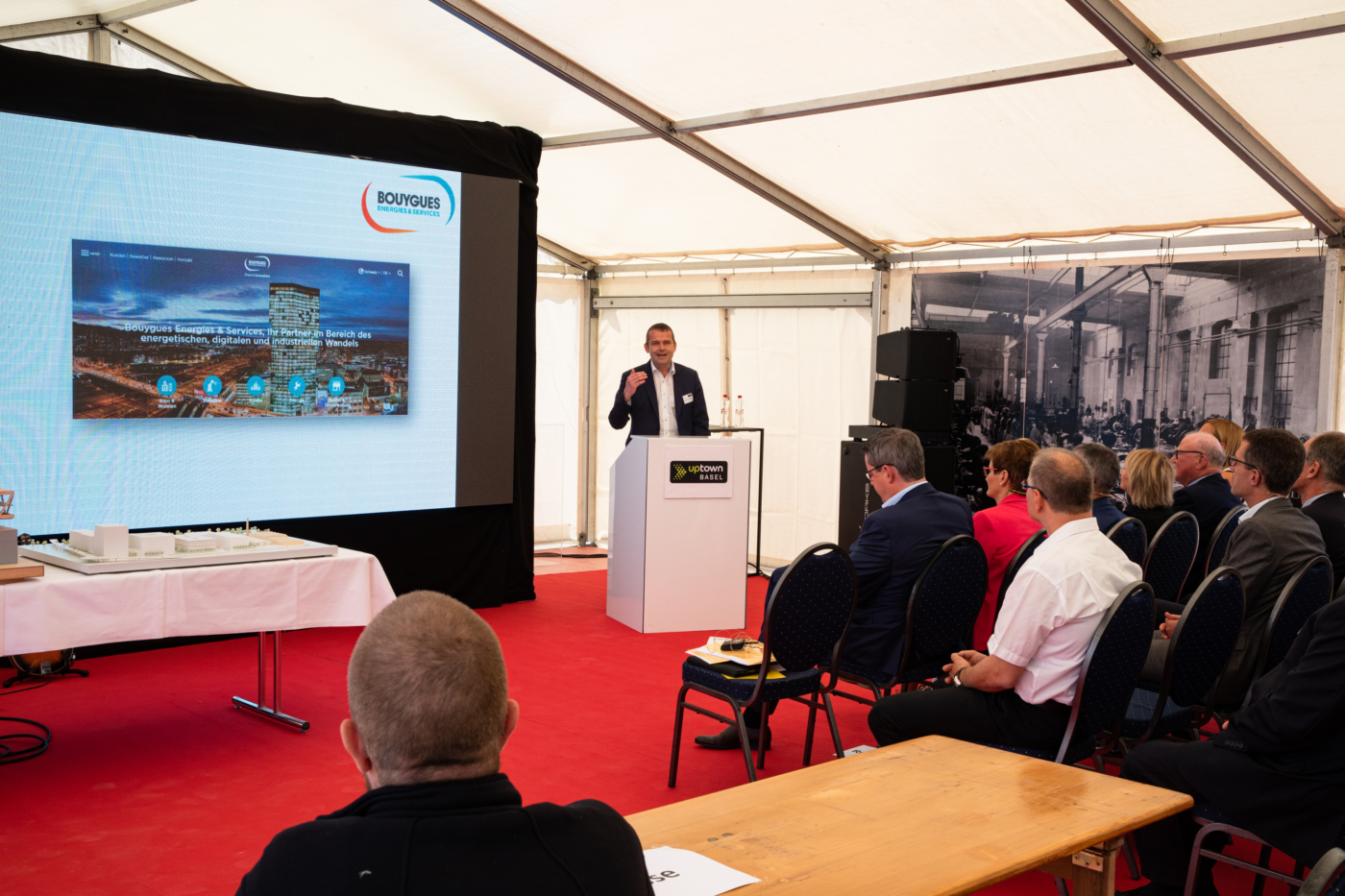 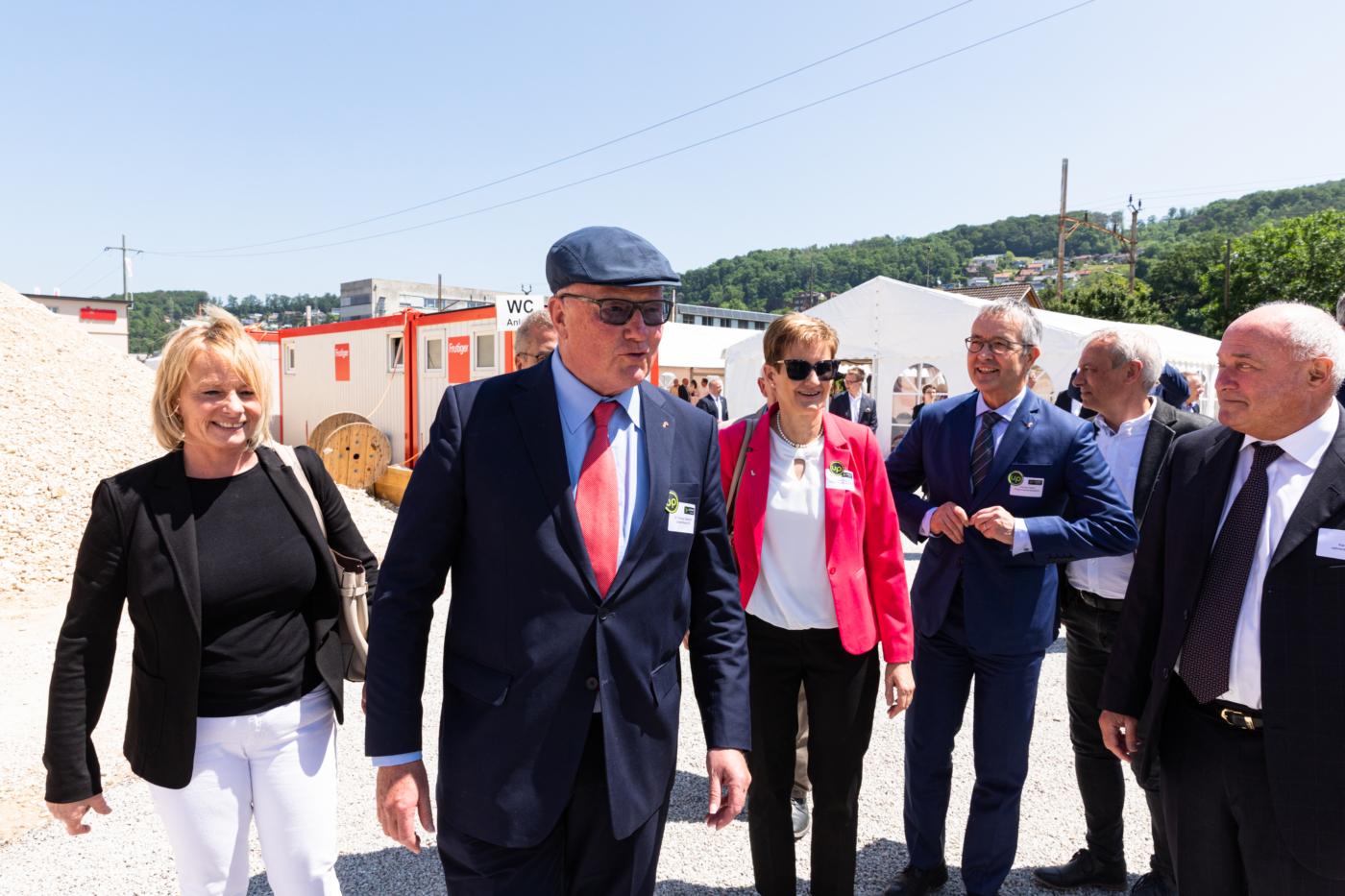 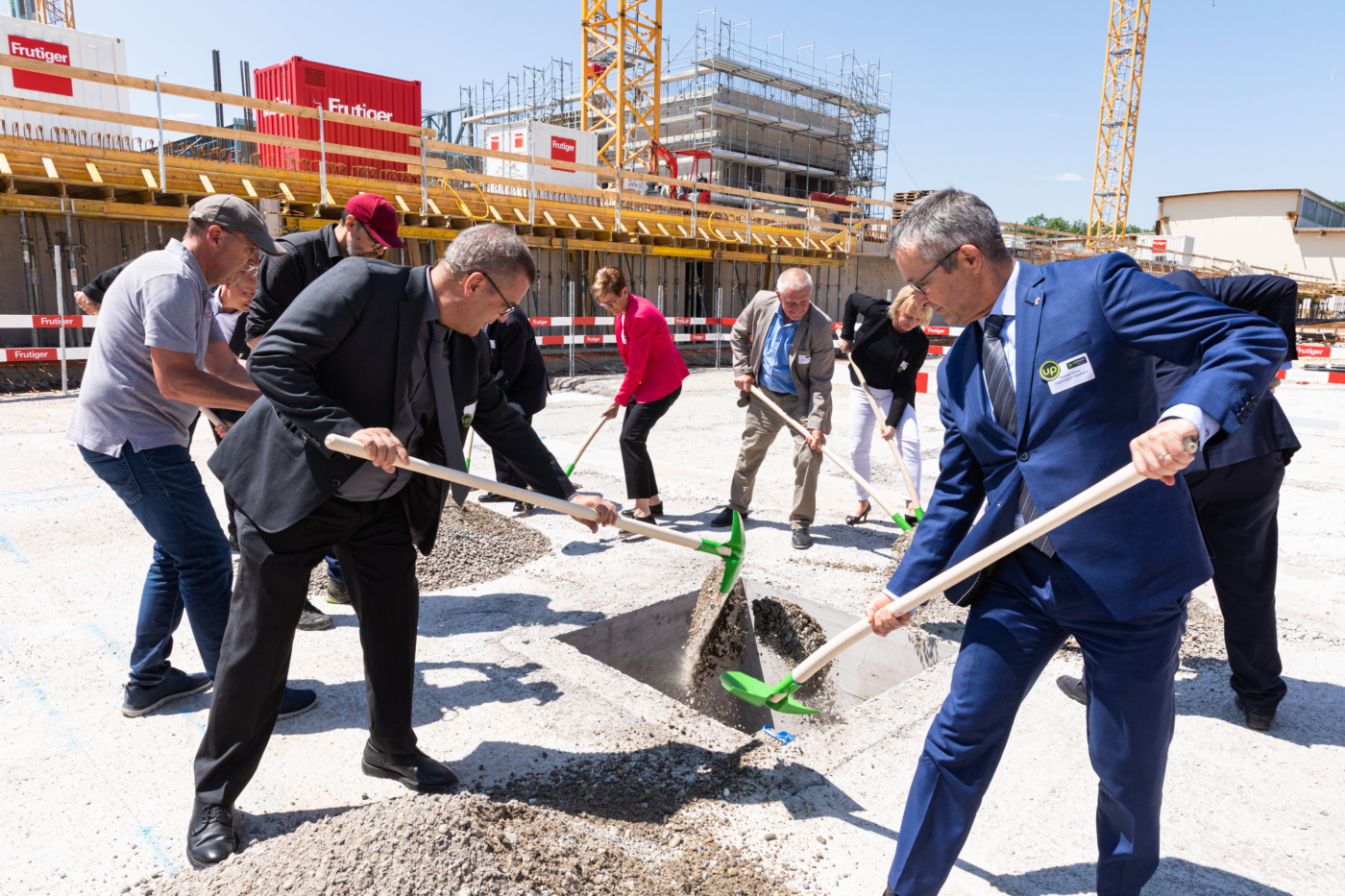 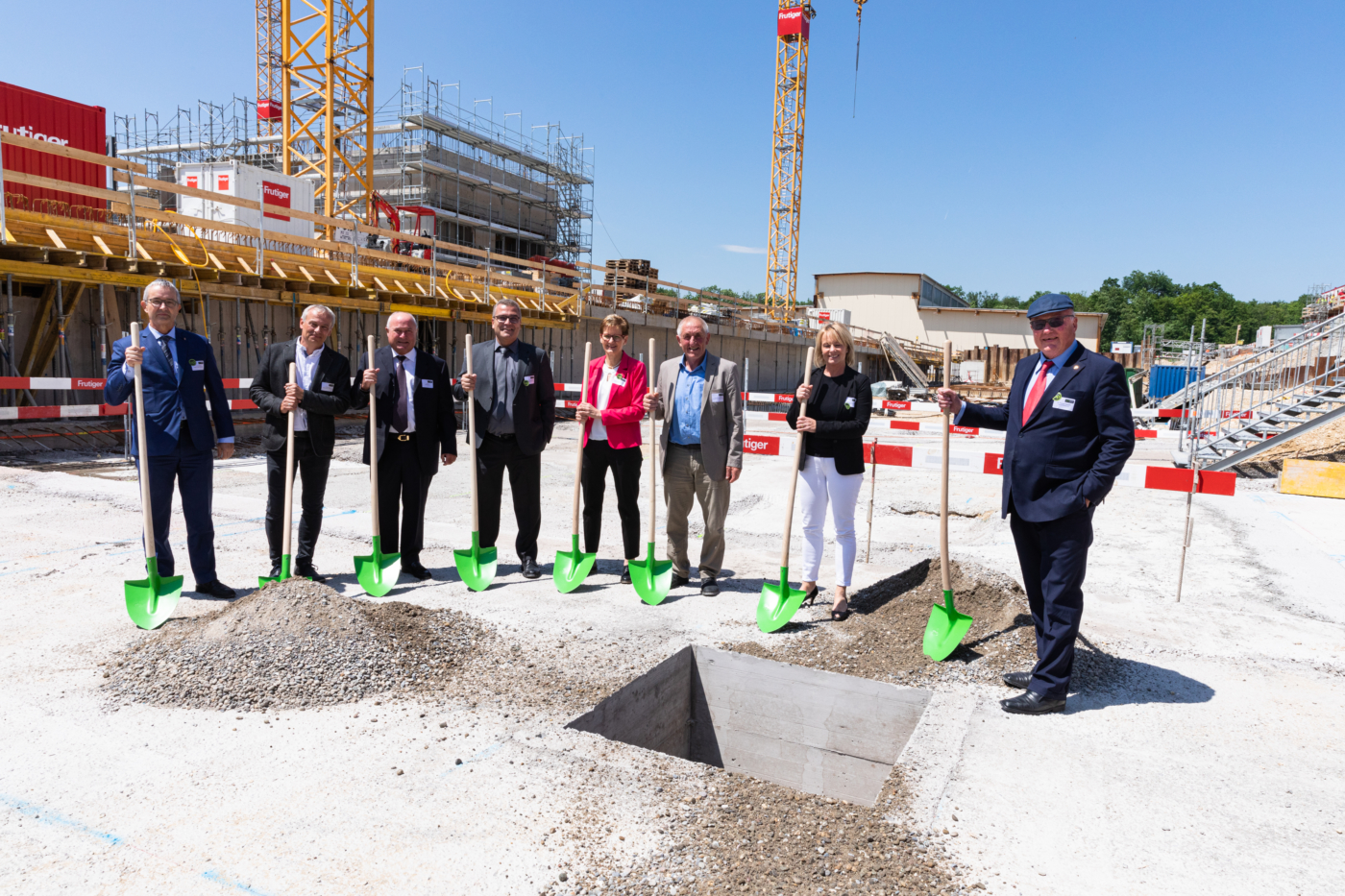 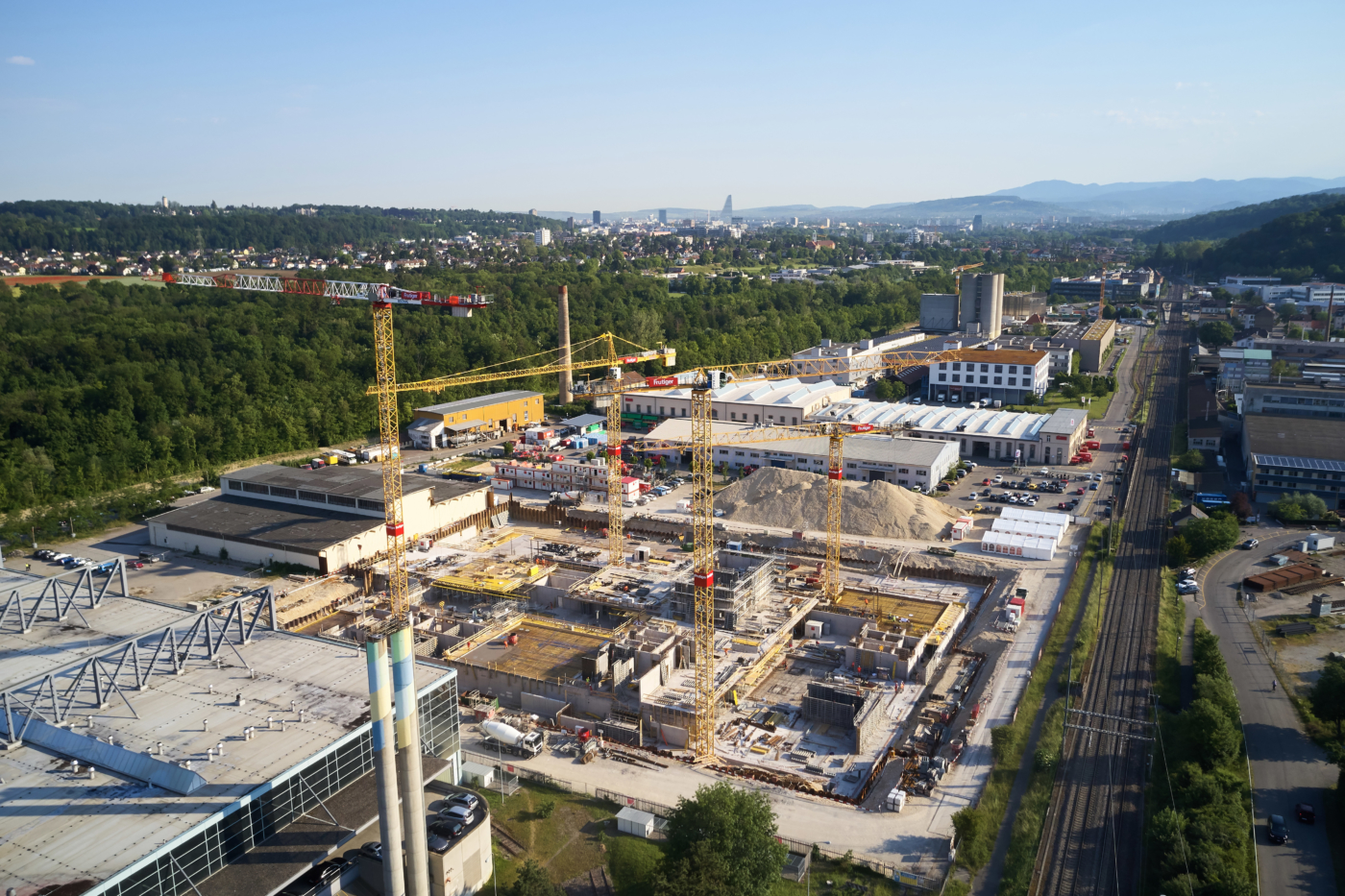 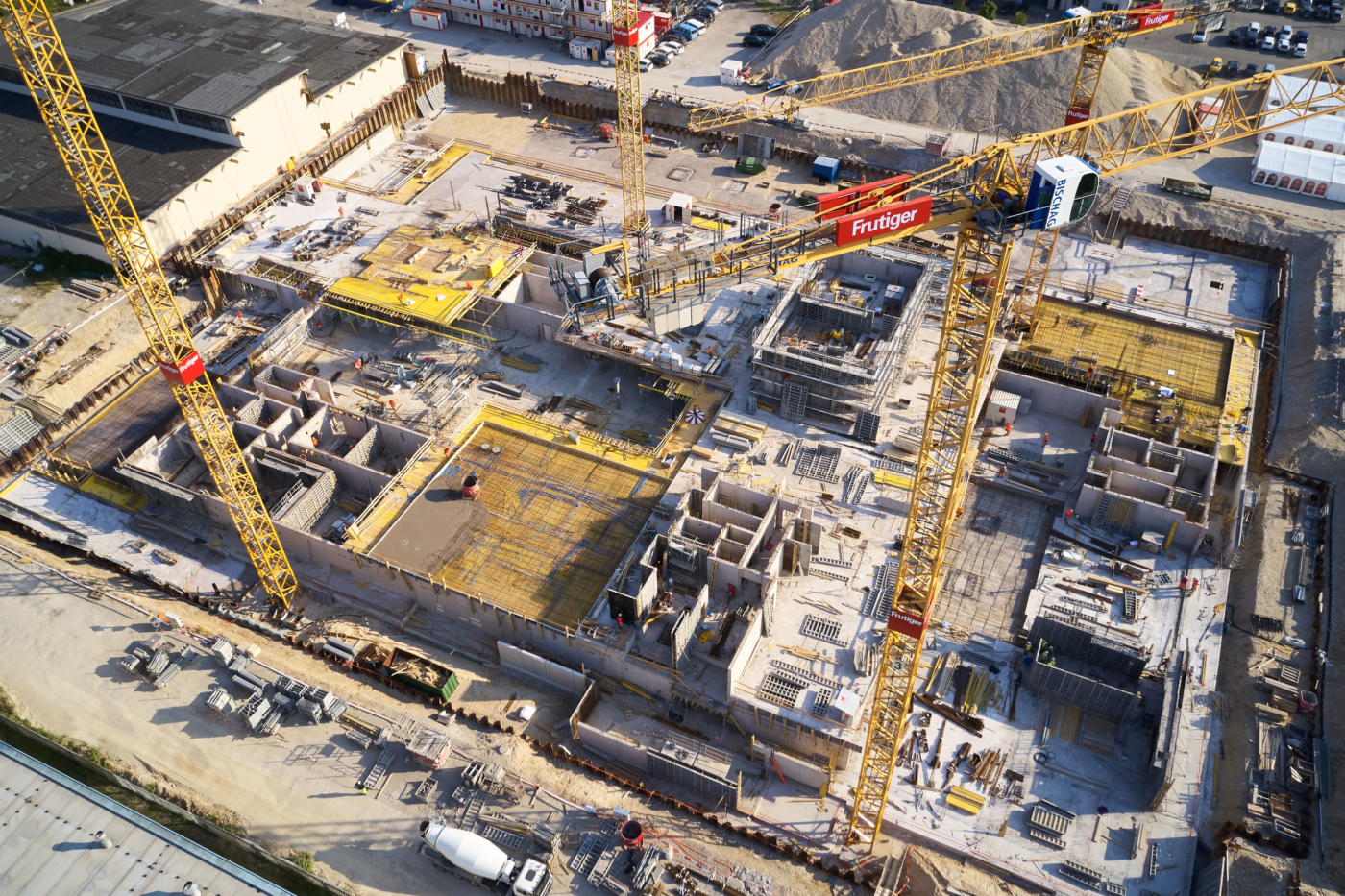 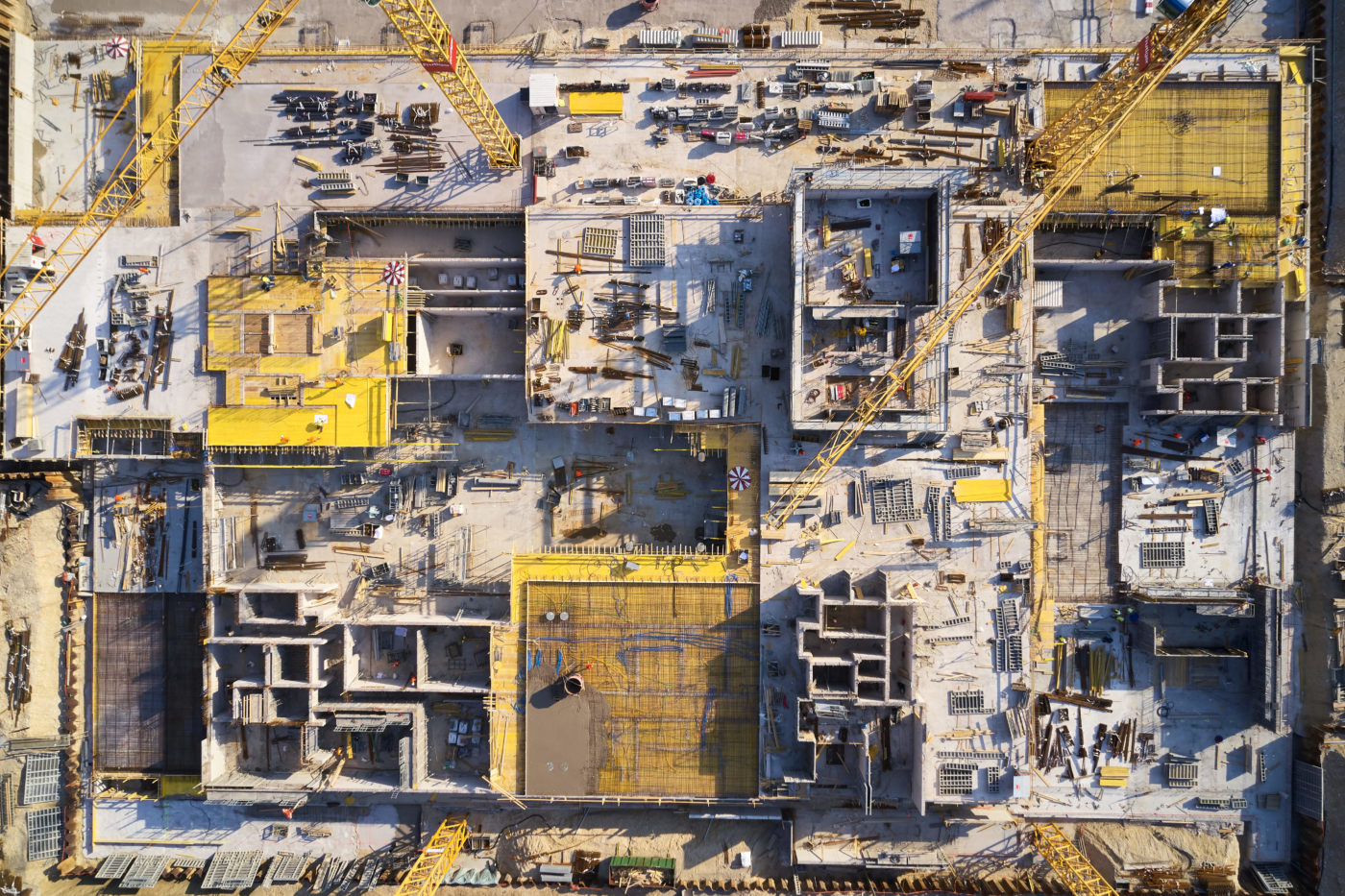 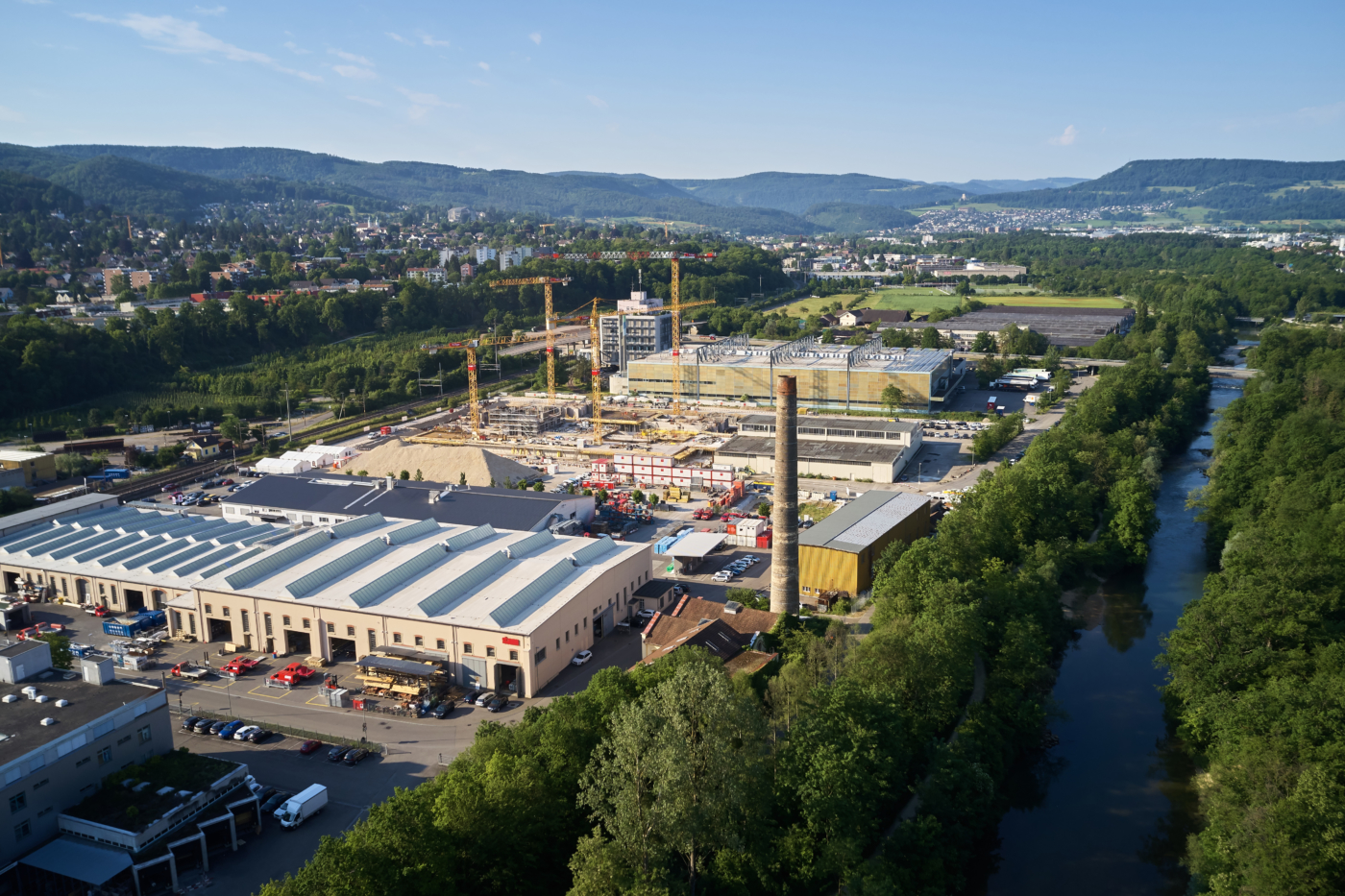 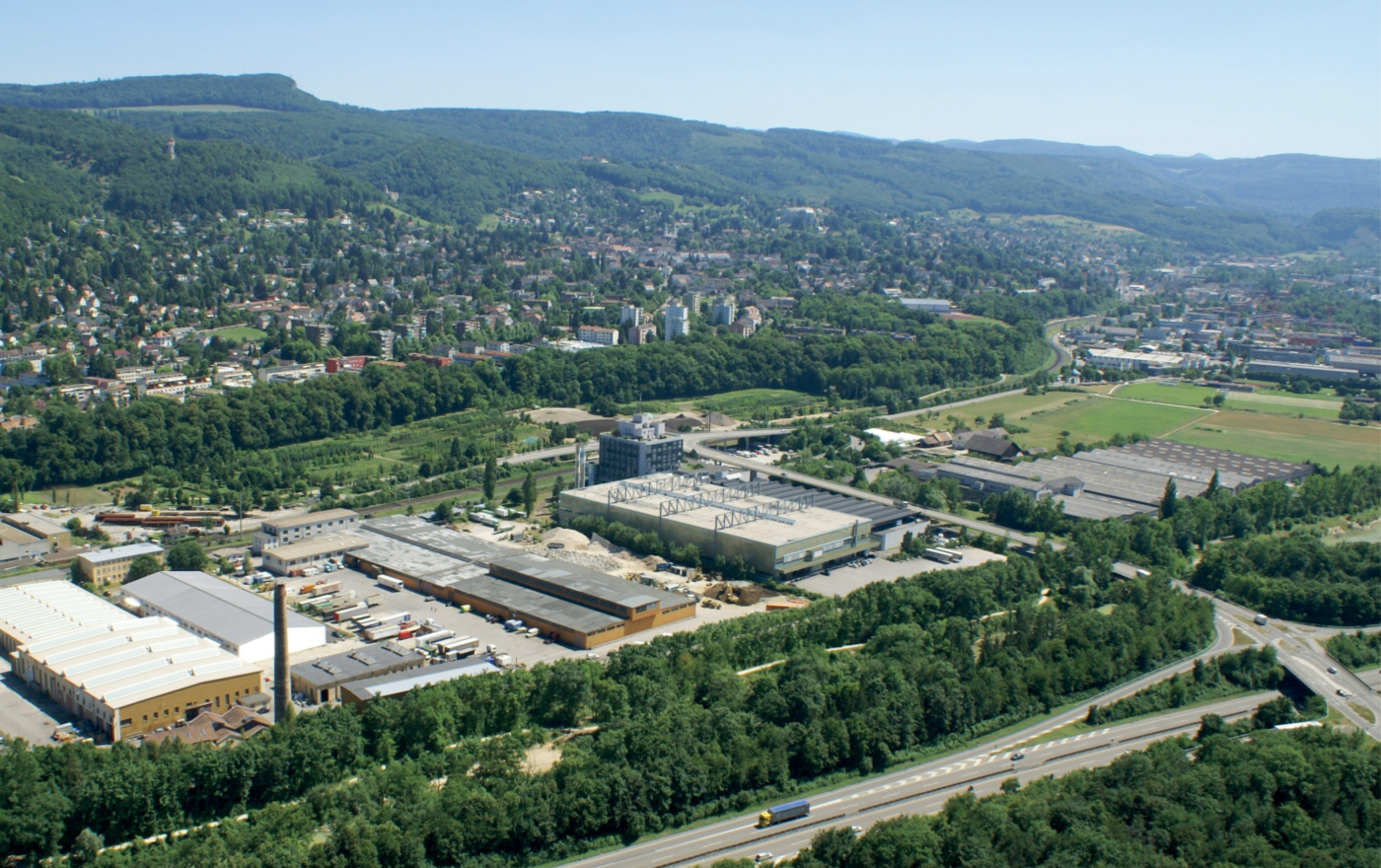 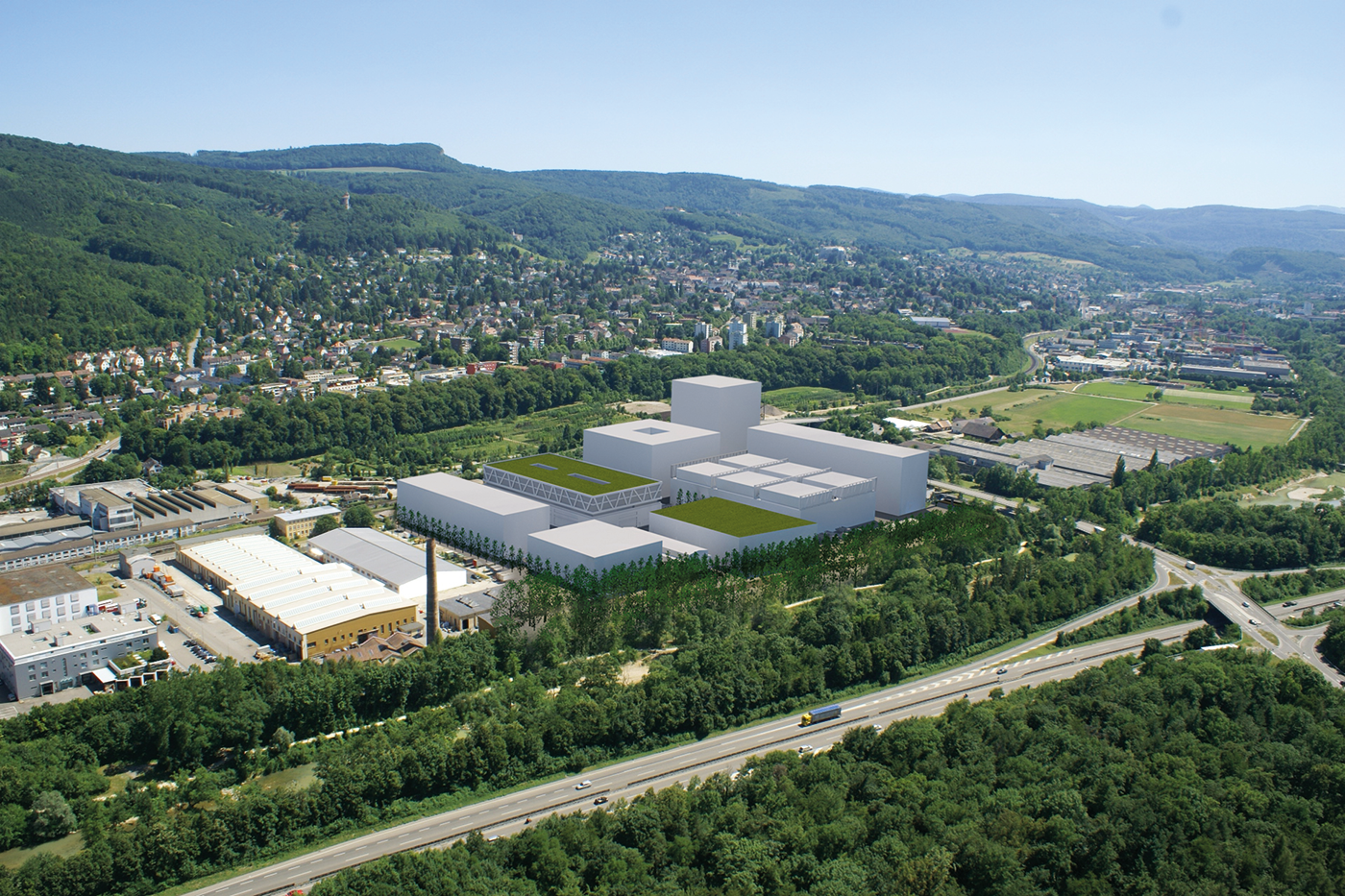 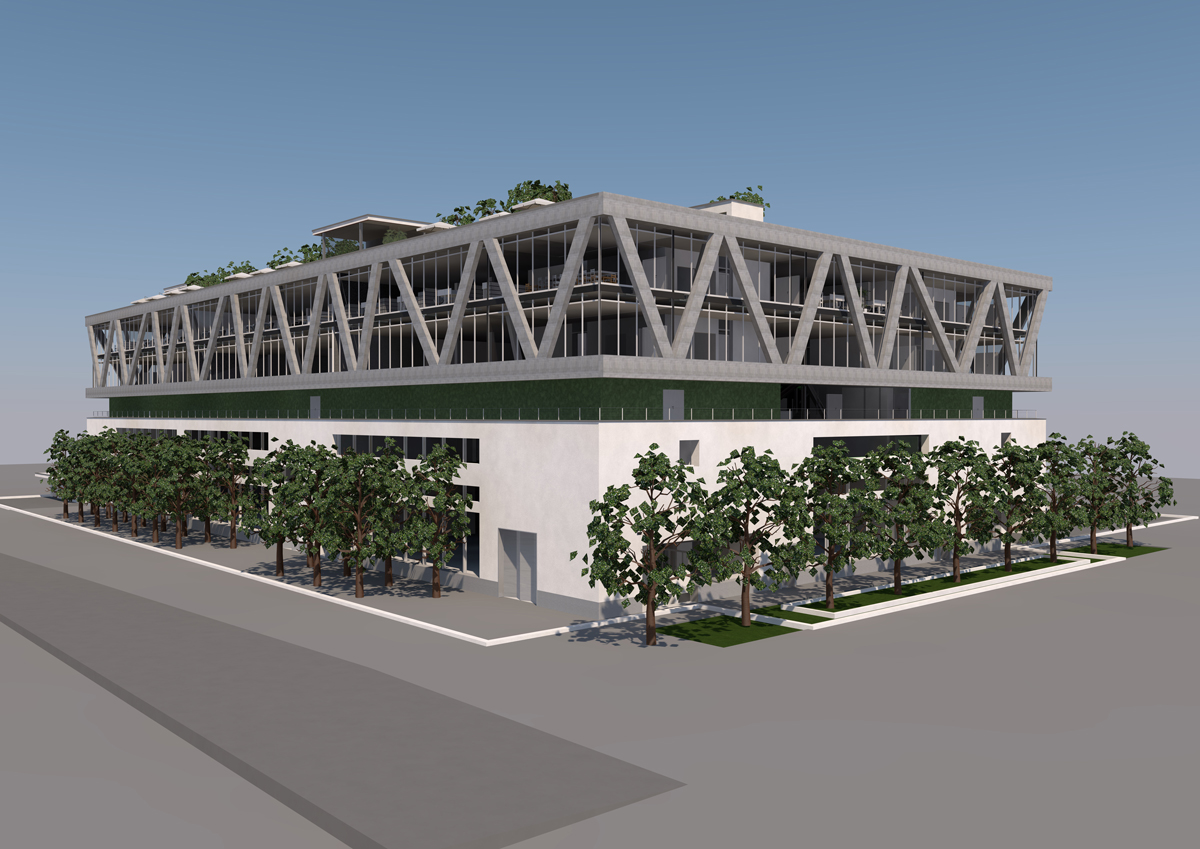 Dr Thomas Staehelin, Chairman of the Board of uptownBasel AG and private investor, welcomes the guests

Government Councillor Dr Sabine Pegoraro praises the pioneering spirit of the investors in her opening discourse.

Government Councillor Thomas Weber holds a short talk, referring to the importance of the project for the canton of Basel-Land.

National Councillor Elisabeth Schneider-Schneiter emphasises the importance of the project at a national level.

One of the first tenants of the first building will be Axians. Thomas Ernst, CEO and Chairman of VINCI Energies Switzerland AG, presents the future utilisation of the site.

Stéphane Schneider, CEO of Bouygues Energies & Services Switzerland, will be the second tenant and will move in next year.

The invited guests on their way to the construction site for the official laying of the foundation stone (from left to right): Elisabeth Schneider-Schneiter, Dr Thomas Staehelin, Dr Sabine Pegoraro, Thomas Weber, Daniel Bürgin and Karl Gun.

The official laying of the uptownBasel foundation stone took place on 7 June, 2019.

Aerial view of the uptownBasel construction site from 5 June 2019, looking from the Sundgauer Viaduct towards the city of Basel. The site just outside the university city of Basel is being developed into a competence centre for Industry 4.0.

uptownBasel is currently the largest construction site in northwestern Switzerland. Construction started on 28 March 2019 for the first large building on the site and work is already underway.

The first five-storey building, "The Pioneer", integrates three column-free halls spanned by steel girders. Modern workspaces will be created in 9,000 m2 of office space above the production halls for approximately 600 technology specialists.

View from the motorway connection H18 Reinach Nord towards Gempen. The first building, with a total usable area of 25,000 m2, will be ready by the end of 2020. 70 percent of the space has already been let.

The image (2015) shows the uptownBasel site before construction work began. In 2016 the site was bought by uptownBasel AG, which is headed by Dr Thomas Staehelin. Site developer Hans-Jörg Fankhauser was commissioned with the overall development of the site.

The uptownBasel site will be built in seven stages and should be completed by 2025. The buildings provide space for 2,000 jobs and 50 companies.

The architecture of the first building is a sign that something new is being created here.

Film of 7 June on laying the uptownBasel foundation stone